Posts Tagged “Acts of the Apostles”

Posted by simon peter sutherland in Documentaries on October 17, 2014 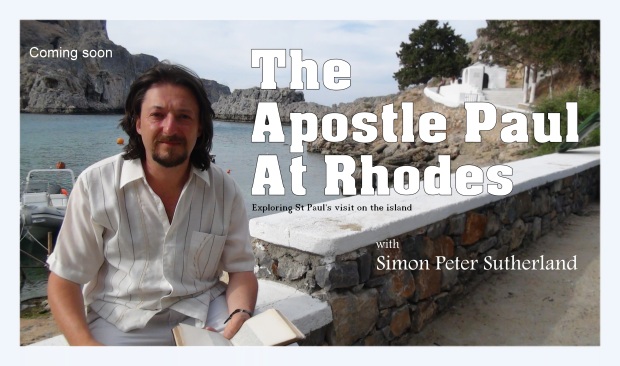 “The Apostles at Paphos” aired on Revelation TV

Posted by simon peter sutherland in Biblical archaeology, The Bible, Theology on March 7, 2013 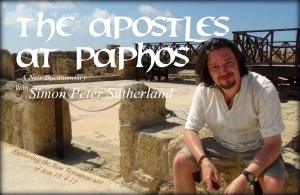 Thanks to the folks at Revelation TV my first documentary “The Apostles at Paphos” has been aired on Revelation TV, Sky 581, Freesat 692, Freeview HD 228 on Friday 1st March at 8pm and Sunday 3rd March at 3pm and Wednesday 27th March at 10 am.

Keep posted with the Revelation TV listing for further schedule.

Revelation TV play some interesting stuff, so pass it on.

The experience of visiting Biblical sites

Posted by simon peter sutherland in Biblical archaeology, Christianity, The Bible on October 23, 2012 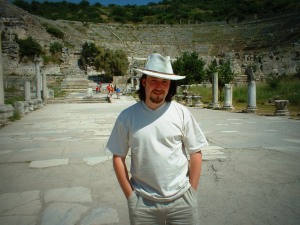 The whole exprience astounded me and I could not but be amazed that I was actually standing in the places where the events I had read about for so many years actually took place. Places where our Sovereign Lord ordained these events to occur.

The fascination which had birthed within me when I first saw the great Arena in Ephesus on a documentary when I was a child, but I had a slight fear of flying which my wife overcame and so my ambition grew from desire to reality. The ambition within me grew and moved me so strongly that I followed our first journey to Macedonia with many more visits to sites connected with Acts of the Apostles. My wife and I would follow this journey in an adventure over the Mediterranean around Greece, and travels not only to Macedonia, Kavala and Philippi but to Turkey and Ephesus to the locations for the events of Acts 19, and the ancient city to whom Paul wrote the letter of Ephesians. Ephesus is also one of the seven Churches of Revelation.

After this glorious time my wife and I had with the Lord and His word, I became passionately drawn to the ancient reality of the original New Testament and its 1st century setting. I began to see how far Christianity had moved away from the authentic gospel and into tradition and doubted very much that Paul would be happy with modern Christianity?

If you have never visited such ancient Biblical sites, then I would highly recomend it. Being amongst the ancient locations gives the believer and critic such a more dynamic understanding of the Biblical narrative and when you are there and reading the text, its like being within the pages.