Posted by simon peter sutherland in Theology on August 4, 2017

Today, Christianity has become very troubling. In fact, it has become so troubling that it is a difficult thing to claim one is simply a ‘Christian’.

Theological divisions and historic splits have split the wood of Christianity into many branches. It is because of this that denominations have developed the habit of sticking a title or nickname before them. Baptists, Calvinists, Methodists, Congregationalists, Presbyterian, and so forth. Most of them holding onto a doctrine or a set of doctrines which have caused them to separate themselves or be excommunicated, or dispersed from the Churches they once were part of.

History shows there are many Godly people who have been forced out of Churches because their fellowships have fallen into error or apostasy.

I cast my mind back to the “Great Ejection” of 1662 when the Church of England formed “The Act of Uniformity” which in effect caused the likes of Puritan Richard Baxter, John Flavel, Thomas Watson and over 2000 Godly ministers to be ejected out of the Church. It was clearly a mistake that the ‘Church of England’ has never recovered from to this day.

In 1770 John Wesley gave a sermon upon the death of George Whitfield in which he spoke concerning their disagreements by saying, “There are many doctrines of a less essential nature … In these we may think and let think; we may ‘agree to disagree.’ But, meantime, let us hold fast the essentials…”.

Whitfield famously chose to speak against Wesley because the two did not agree on definitions of ‘grace’ and ‘predestination’. Whitfield held to a Calvinistic interpretation of those doctrines while Wesley believed ‘Calvinistic predestination’ was a “monstrous doctrine”.

But it is the term ‘agree to disagree’ which is clearly something that many Christians have failed to do. Rather than do see the truth of what Wesley said “let us hold fast to the essentials…” too many Christians choose to make a ‘false teacher’ or an ‘unbeliever’ out of anyone who questions or does not believe their beliefs.

After all, is it not a historical fact that it was the Bishops and priests who had Christians burned at the stake for believing the Bible? Is it not a Biblical fact that it was the men in the pulpits who denied the Christ and were partially responsible for the execution of some of the Apostles and disciples? Is it not also true that the majority of problems within Christianity today are caused from leaders and pastors who deny the truth yet accuse others of things they themselves are guilty of?

I think too many leaders need to take the plank out of their own eyes!

Today there are too many dogmatic ‘preachers’ who will simply not move one iota from what they believe and at times mentally bully other believers hoping they conform to their requirements, not considering for a moment that their requirements are wrong. Thus if the believers in question do not comply, the preachers often misrepresent them or label them as ‘rebels’ or ‘not saved’ or accuse them of simply ‘denying scripture’.

This however, is quite simply not always the case!

Christianity today has perhaps more denominations than any other ‘religion’ and much of this has come as a direct result of the problems created by the leaders themselves. Some have claimed there are as many as 43,000 denominations of Christianity worldwide. Many of them claiming to be Christian and merely believing and teaching what Scripture says, yet when tested, contain a great deal of error.

Obviously I do not believe ‘Mormon’ or ‘Jehovah Witness’ teaching to be true to the Bible. On the contrary, I do not believe either of those two religions to be part of the body of Christ, but even we, despite our major doctrine divides, still managed to ‘agree to disagree‘. 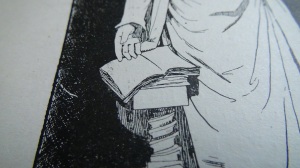 What troubles me today however in true Christianity, is how so many Christians and Pastors, Priests, Bishops and leaders refuse to consider anything that contradicts what they believe, even if those beliefs are not “essentials” or ‘salvation issues’ but merely Biblically questionable.

In closing I will say this, I think Christians desperately need to cease from contesting one another on none essential differences and creating more division by locking themselves away behind the doors or their own beliefs.

May believers not be like the ‘Jehovah witness’ who, when presented with Scripture, merely replied, ‘that’s not what I believe’.