Is England going into revolt?

Posted by simon peter sutherland in England issues on November 11, 2011 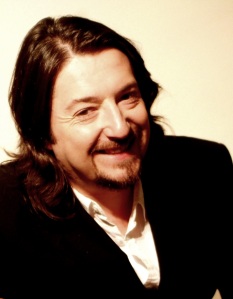 Throughout the year of 2011, we have seen many issues raising their heads in England. Many spending cuts have been made upon public services and public spending by Parliament and as a result of what many regard as outlandish spending cuts upon the poor, the general public is at a slow fuse, revolt is in the air and England is not at peace and people are worried.

Now, it is obvious that the spending cuts cannot be argued to blame for the riots of 2011, those riots had nothing to do with moral protest or standing up for what is right, but was criminal and nothing more. The problem is that I certainly feel that the riots and protests of 2011 has only been the start of many problems that England may have to face up to in the coming Years? I believe there will not only be protests as is common, but it is possible that there may be riots and revolt? I say this not only out of instinct and because of a theory of historic recurrence, but because anyone who looks and learns can read the signs of the times and it is clear that history is repeating itself. England has seen many revolts over her history, such as the 14th century peasant’s revolt which came forth from the poor people and common people of England, and was a product of what could be seen as the same issues as we face in England today. The common people are tired of crime, tired of parliament, tired of the condition of England, tired of being lied to by politicians and of unemployment and poll tax, the cost of food increases and poor wages. Wages decrease but the cost of food rises. The price of food goes up, rent, mortgages, tax, petrol, car tax, etc and very soon the pressures people face with day to day life will have to explode itself and when it does, it most likely explodes with little control. The problem with the world today is that life is fitted around a lifestyle and when that lifestyle cannot be met, life feels like it cannot go on. And when you consider that the problems England is facing is almost akin to the problems it has faced so long ago, we see that history is repeating itself and when history is forgotten as we see so many people do forget their own history, we know that it is they who are condemned to repeat it. And we don’t want to see a peasants revolt repeated again in the 21st century.

But the problem remains that there is a distinct feeling of anarchy in the air, public revolt and anger and this is cause for concern and action.

When I read comments people make around the internet and on blogs, YouTube, and networks, the anger that people have within them is evident by their words. Swearing is dominant, aggressive foul verbal attacks upon people and a distinct lack of expressing what is right and wrong and when one researches the root of swearing, research is clear that the root of foul language comes from an outburst of anger and wrath, inner anger, deep anger. Anger words cannot contain.

I think one of the main problems England has at the moment is not only the fact that that spending cuts must be made, but the problem is within the public areas in which the spending cuts are being directed. It is not good or right to be cruel and it is clear that Mr. Cameron is not being very fair in his conduct and targets with the spending cuts. You cannot give the public something and then take it from them. It only stirs up hatred.

Now, when I see the efforts and debates of parliament and the conclusions and actions of our Prime Minister David Cameron, it seems that he has little regard for the working class, the poor, and the common people of this realm?

The spending cuts of Manchester have demonstrated this, since the Tories did not win the election votes for Manchester. I often hear members of the public say to me that “it would be strange to think that Mr. Cameron did not consider the fact that Manchester was Labour when he made those cuts?”

It seems unjust that parliament leaders should be living in luxury, while many individuals, families and single parents from amongst the working class who have no employment and live in council houses and rented property cannot find work because all too many jobs have been cut by the government?

Christ fed the poor and helped the needy, and He was the King of Kings. Might the leaders of this so-called Christian country do well to imitate that example?

No doubt many would say they should “get a job”? But how can they become employed when they were raised in poverty and cannot get themselves out of it? I know the reality of this, since I was raised in an area which is regarded as the lowest area of England.

It does not quite feel right and England must change its ways and thoughts and act soon. The public have much power and the government must remember how much chaos those abominable and criminal riots caused this summer by only a small number of people, how much more if more people suddenly snapped and went into revolt?

I love England, her culture, her way of life, her heritage and history and I fear that she is losing her identity and way of life and the British people know and felt this.

Please consider these points and I say these things out of concern for the future, peace and well being of our beloved England.