Posted by simon peter sutherland in England issues, Issues with Christianity in England today on September 21, 2013 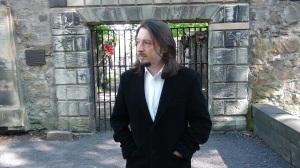 Recent reports have stated that a Christian street preacher was arrested in Scotland this week for simply preaching on the street. He was accused of being “in breach of the peace”.

Reports also suggest that the man was not actually using any amplification yet he was accused of having an MP3 too loud. When the preacher stated he was not using amplification, the police officer stated the noise was not the issue but that a complaint had been made against him.

This is not the only time such an event has taken place recently. This is one of three wrong arrests of this nature which have taken place in three months.

Clearly something is wrong. This is a violation of our ‘Freedom of speech’ and ‘human rights’ and is evidence of Britains growing bad attitude towards Chrisianity and Christians who are willing to spread the faith.

What is clear is that history is repeating itself, since in history it was common place for Protestant Christians to be arrested for preaching. In 1658, John Bunyan was arrested for street preaching yet he was not imprisoned for that. He did however spend many years in prison for his faith.

Clearly Britain is marching back even further, not only into the 17th century but into those glorious days of the 16th century where Protestants were arrested even for believing the truth.

It clearly shows signs of religious intolerance and inconsistency of thinking, since the police officer stated he arrested the man for being in ‘breach of the peace’ yet are the authorities going to arrest street musicians, buskers, street entertainers and all people who take part in noisey street events and festivals also? Since they certainly make a lot of noise! Could it not be argued the preacher caused offence? Yes, but could it not also be argued that many public events and festivals cause offence? Are those partakers too going to be arrested?

I am offended everyday by things I see in Britain. I am offended by attitudes, language, blasphemy, bigotry, prejudice and intolerance, yet do those offences matter? No, clearly not to some people. Or maybe my offences do not matter because I am a Protestant and perhaps, a very loyal one.

Here are a couple of links to articles on this troubling matter.