Post-modernism, Church corruption and why proof-texting is an offence to liberal Theology?

Posted by simon peter sutherland in Biblical Scholarship on February 24, 2014 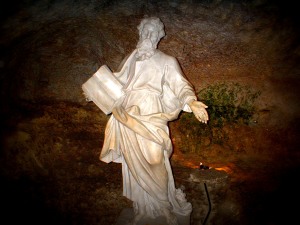 In many ways I admire certain aspects of Liberal Theology and the attitudes of some of those who subscribe to it.

The aspects of the system I admire is the attitude it creates, where, people form a habit of practicing a less judgmental and harshly condemning set of practices.

I admire it when people develop the ability to disagree on a reasonable level without verbally attacking people and condemning people as a heretic who think differently.

However, that does not always happen.

There are some liberals who are more fundamental and harshly condemning of others in defense of their systems than the many average fundamentalist Protestants or even Roman Catholics.

It is that persuasion which I am now writing against.

Many of these liberal Theologians and ministers dislike forthright statements about God. Especially when the statements themselves are founded upon Biblical proof-texts. Yet the many foundations and well established creeds and catechisms within Christian history contain forthright statements concerning the Attributes of God.

These Creeds and so forth are what has given the world the Christianity as it can be found today. Christianity is founded upon fundamentalism and what many label ‘fanaticism’.

I would add that I consider hardcore liberalism just another way of defying a plain reading of the Biblical text. And despite the fact that the devout liberal often fails to make distinctions concerning that word ‘fundamentalism’ he or she rarely gives credit to the fact that the Christian Church is founded upon a fundamental reading of the Word of God. That the person of Jesus Christ, as revealed in Scripture is the only true source for our understanding of Him.

Today, the claim that the Scriptures are the only true sources for identifying the true nature and Person of Jesus Christ has been downplayed by many branches of modern scholarship. And yet, Truth is eternal. Not subject at all to matter or humans. But today, many believe that the only way to Truth is through matter. Yet they fail to establish why ‘Truth’ is so important if ‘Truth’ itself is not defined.

During the passion of Jesus, He was asked by Pontius Pilate “What is Truth” (John 18: 38) We do not have a reliable record of Jesus’ answer to that question. John did not record anything for us, which implies that the answer to the question itself, did not lay in the answer. Truth in itself is a quality of being true, a state, a condition. This is why Jesus said, “I am the way, the Truth, and the life” (John 4: 6)

He also said, “no man comes to the Father but by Me” (Ibid) These statements defy the claims of world religions that there are many ways to heaven. But in liberal Theology, this statement is inclusive. That Jesus may be drawing all people from many religions into Himself. True in the sense that Jesus draws people from whatever background or condition, but untrue in the sense that He leaves them there.

The problem with the liberal claim is one of consistency, that is concerning the continued statements and texts of that same Gospel. Jesus said “When I be lifted up, I will draw all men unto Me” (John 12: 32)

This can also be found in post-modernism, and although I am not certain that post-modernism denies Truth as a concept or reality, it certainly denies any claim concerning the Bible being absolute truth. They claim the understanding of Biblical In-errancy collapses on itself. They claim that examinations of the Biblical texts reveal inconsistencies and that the oldest Biblical manuscripts differ to the English Bible and established Greek New Testaments. Yet rarely do they make this same claim concerning the Old Testament manuscripts.

The problem is that to the mind that reads the Bible without Christ, it will contain inconsistencies and errors. But they are not really the ones to judge it, for their words, lives and claims contain more inconsistencies than any translated Bible could ever contain. And to the Christian minds that have been corrupted by this scholarship, only the Holy Spirit can draw them back.

This whole matter is a clash of world views and one is guilty of dishonesty. The contrast I see between the Bible and post modernism is that, in post modernism life is all about ‘me, me, me’. Life, for the post-modernist worldview is centralized upon what the individual can get out of it and if contrasts someone else, so what? I am important, I am for me, the most important. This type of mind set according to the Bible is a chasing after the wind (Ecclesiastes 1: 14). To the post-modern mind, freedom is the goal, yet when that concept is examined, that freedom is selfish. Yet, freedom according to the Biblical account is one where the Truth itself sets a man free (John 8: 32) That Truth is a person and that person is Christ. And this freedom cannot be found in doing as you wish, but having trust in the Saviour and being set free from yourself in the serving of Him and the needy. Jesus is the Truth, therefore only in Him can true freedom be attained.

But our media barons and critics continue to propagate this disinformation based upon a single manuscript that was found in the ancient Monastery at the base the false location of Mount Sinai. Not that the manuscript is unimportant, it is important, but it is not the earliest manuscript for that is yet to be found, however, we have the earliest fragment, P52, I see it regularly at Rylands and it matches the familiar account of John perfectly.

The claim today that the Bible is inherent and ultimate Truth is seen as a somewhat outdated and radical thing to say. For many, the moment it is said, the media and modern scholarship influenced brain switches off and regards the claimant as either a Christian ‘fundamentalist’ fanatic or uneducated. Yet, the most important person in history, that is Jesus Christ, affirmed Himself, the Inherrancy of Scripture and to have Faith is to Trust in Him.

Yet many modernist thinkers appear to consider what they lay claim to is, something that the people of whom they talk about, were ignorant of. That they think Jesus didn’t know the Jewish Scriptures contained inconstancies? Yet we know that “every word of God is tested” (Proverbs 30: 5) and that “The words of the Lord are pure words, as silver tried in a furnace on the earth, refined seven times” (Psalm 12: 6)

The facts remain that the Bible itself contains 1,200 promises and 8,000 verses containing predictions of the future. No other religion has this. The texts of the Qur’an, the writings of Confucianism, Hinduism, Buddhism and the texts of other leading religions do not contain prophecy. It is unique to the Judaic/Christian scriptures. This means the underlying author, who is the Spirit of God, knew the future.

Yet the modernists think that their speculative and theoretical claims can take dominance over what is already established? That the absolute can be replaced with uncertainties?

I want to challenge those claims and mindsets. For the Biblical text says, “The Scripture cannot be broken” (John 10: 35)

I want to suggest that underneath the claims that modern scholarship makes, is a bigger flat picture. Not merely a suggestion that says ‘the devil wants to destroy the word of God’ but one that claims that there are two opposing world views. One is human, the other is Spiritual. Yet, for the single track mind, in order for one world view to take dominance over the other, the very foundations of the opposing proof text must be diminished. That, I might add, is a method of war, which in this case is applied to a verbal or written war of words.

In conclusion, I would like to add that the reason I think that liberal Theologians and ministers dislike proof-texting is because they know that the Bible refutes the claims they make. That unless they apply heavy reliance upon Theological and liberal argument, the Bible they want to continue holding on to, is the very book that speaks against them.

It is not easy to swim against the tide. It is easier to go along with the ‘status quo’.

So, I say to my readers; take up the challenge. Don’t take any mans word for it or agree to a claim because a man or woman has the academic accreditation behind him or her. See for yourself. And what I am claiming is consistent with history and with what is established. That the Bible is reliable and trustworthy. However, I cannot prove that to you, for such a claim contrasts many different world views. I can only say for you to read the Bible for yourself, study it, learn Hebrew and Greek, read the text. Don’t just learn about the Bible, live it. I do not say for you to read this man’s book, or this scholars book or that. I say, read the Bible for yourself, openly. Don’t just read books by critical scholars and trust their claims, for in doing that you would be guilty of doing that which you may critique others for. The reader would be guilty of embracing ‘blind faith’. Find out for yourself and then you may see why the liberals and modern’s deny the authority of the Bible and do not like proof texts. They do not like them because they contradict their claims and if they are proven wrong, their careers will suffer. They know that the word of God is powerful, it gets into the DNA of a man, it discerns the thoughts, it is in the soul and spirit. It is in the blood. As the text affirms;

“For the word of God is quick, and powerful, and sharper than any two edged sword, piercing even to the dividing asunder of soul and spirit, and of the joints and marrow, and is a discerner of the thoughts and intents of the heart.” (Hebrews 4: 12)

"The Scripture cannot be broken” John 10: 35, every word of God is tested” Proverbs 30: 5, Hebrews 4: 12, I will draw all men unto Me, John 12: 32, Liberal Theology, Liberation Theology in the Church of England, Manuscript evidence for the New Testament, no man comes to the Father but by Me, postmodernism, Psalm 12: 6, St Paul in Malta, the Attributes of God, The Bible and DNA, Truth and Postmodernism, What is Truth, When I be lifted up