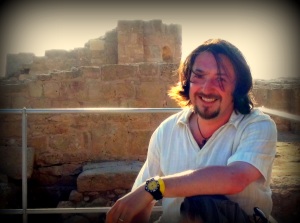 “The time will come when men will not put up with sound doctrine. Instead, to suit their own desires, they will gather around them a great number of teachers to say what their itching ears want to hear. They will turn their ears away from truth and turn aside to myths” 2 Timothy 4: 3-4

So then, here we go again, more nonsense, more heresy. This time the anti Biblical scam comes from America in the form of Joseph Atwill. A so-called Bible scholar who has written a new book, and is doing a tour, which, bless good olde England, the so-called scholar comes to London.

This time we have yet another mocker claiming he has ‘evidence’ that the Biblical account of Jesus is a made up story, a “sophisticated” propaganda tool to pacify subjects of the Roman Empire? As if, Rome need do such a thing? They just slaughtered people rather than pacified them.

These days, especially since the rising of the new atheist movement and the pope of atheism, Richard Dawkins, one of the four horsemen of the apocalypse, I am often suspicious of just what it is they get up to in secret. The present masquerade of atheism is to pretend they are out for the good of society and dress themselves up as ‘secularists’. They do this because the new atheist movement has messed up and failed.

In their coverted response to this, the new atheist covert leaders present the mind seed to their sheep and say, we should now call ourselves secularists.

In doing this we, I have seen many things that these people get up to in the dark. Recently we have heard of scientific attempts to claim that Christianity or religion is a mental illness, something Dawkins touched on in his pathetic excuse for a book, “The God delusion”. Now his myths are covertly propagated further by Katherine Taylor, who claims ‘Religious fundamentalism’ may be categorised as a mental illness.

Here we have some key words to note concerning this man Mr Atwill. The first being the word “sophisticated”. A favourable word of the new atheist movement. Dawkins uses it often despite the fact that Theologians rarely use it. Dawkins does, with his term “Sophisticated Theologians” meaning those who pass the test with him and those inconsistent Theologians who embrace ‘Theistic evolution’. We find this word “sophisticated” involved In this fairy tale theory not only by Mr Atwill but by another so called “Biblical Scholar” and new atheist Dr Francesca Stavrakopoulou of Exeter University. A woman who denies that any of the Bible is actually historical, but contains “sophisticated” stories made up by very clever people. Yet when it comes to the Qur’an, she leans somewhat in its favour. Strange that. Very suspect.

I would not be at all surprised just how far this new atheist movement will take things, even to the point of funding people to go into scholarship, media, tv, music, just with the aim of using their voice to destroy peoples faith in the Bible and in God and Jesus.

But this theory by Atwill, does not, as far as I understand it argue that a certain Jesus did exist, since anyone with any knowledge of history knows that reality, but that His story was changed by the Romans and the Jesus of the New Testament was made up? The conspiracy theory claims that His story is similar to Titus. Yet, although Atwill claims this, he clearly has no problem believing what is written about Titus and what is written by Josephus, but not about the Jesus which is consistent with Christianity or the writings of early Christians. Odd. How inconsistent?

This is clearly the stuff that ‘conspiracy theories’ are made up of. Some of them, absolute nonsense!

Anyhow, it seems obvious to me that what is really going on is that there are more than a few enemies of Christianity and Christians out there in the big bad world. Clearly the West is up against Christianity because of the situation in the Middle East. It is not about truth, but agenda. They have a lot going on behind the scenes. They even have a lot of contacts, money, power, media, universities, and so forth through which they propagate their ideas by planting mind seeds and when that fails they employ the medium of ‘covert hypnosis’. Taking the methods of people of old and turning things good, into something bad. That works quite easily, I imagine on upon nations of people who, when its all said and done, sit on the fence concerning ‘Religion’.

This is why Atwill claims that he is not out to destroy Christianity, but that his work will give half-believers a reason to make a clean break. So here, we have an agenda, rather like Dawkins who markets himself towards Christians who either do not really believe what they believe or they sit on the fence.

The nutty professor, Richard Dawkins promotes and favours Atwell too. Interesting isn’t it. It is strange is not that I have been saying for a while that Richard Dawkins and his loyal flock use ‘covert hypnosis’ to win people over to their fairy tale arguments and myths. Here we have a nice little attempt to swing things around by reverse psychology by claiming the Biblical account of Jesus is a Roman account employed using ‘covert’ methods. No surprise the modern fairy tale uses the covert hypnosis which they themselves apply by calling the attempt “Covert Messiah”. And guess what, you can even buy tickets. They make a lot of money these people, like St Peter in 2 Peter 2: 3 warned they would.

Anyhow, no one can win this odd debate with these people, since they have sworn allegiance to a higher force, but what can be done is that I, we, you can appeal to each other and let the facts and historical written evidence help you decide which is truly the fairy tale.

We have had secularists using evolution theory against religion and it has not worked. The leaders of the Church of England are smart enough to know that embracing ‘Theistic evolution’ is better option than causing brainwashed people to completely reject the Christian faith, in favour of embracing the apparent facts of ‘major evolutionary change’ by the medium of scientific classroom, college, culture and lectures of persuasion.

We have even had new atheist, British illusionist, mentalist and hypnotist  and friend of Dawkins Derren Brown planting mind seeds that suggest God as the ultimate placebo.

They have tried their version of reason and failed to convince learned Christians of their fairy tales, and stumped, so they have to keep on trying new things, mind games and tricks. The facts remain, the Biblical authors have already warned the Elect that these times will come, that people will claim wisdom and in doing so have become fools. The Bible already warns us that the world hates Jesus and His people and they hate the truth. Thus, when great organisations come up against Christianity in an attempt to demolish ‘Church and State’ and especially those ‘Evangelicals and Creationists’ there really is no end of knowing what it is they might do. But whatever they do, there is nothing they can do. We, the children of God are elect and the promise we have been given can never be destroyed, even when Rome itself comes up against us, nothing can separate us from the eternal truth of Jesus Christ. And really, no matter what they say about us and Jesus, they cannot for one moment take away the Truth from the Truth.

With that thought in mind, Roll on ‘Covert Messiah’ roll on ‘Da Vinci Code’. You will be forgotten in time. For, your gun is firing blanks. But my cannon of scripture has enough ammunition in it to blast this nonsense all the way back to America.

This entry was posted on October 11, 2013, 6:14 PM and is filed under new atheism. You can follow any responses to this entry through RSS 2.0. You can leave a response, or trackback from your own site.