Jerusalem: The making of a Holy City – BBC Four – A critique 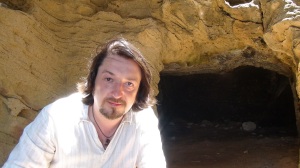 On Thurday 8th December 2011, BBC Four aired a documentary “Jerusalem: The making of a Holy City” 1. Wellspring of holiness.

In this documentary, author and historian Simon Sebag Montefiore offered a chronological history of Jerusalem beginning with the Canaanites, moving through to the life of Jesus and the destruction of Jerusalem in AD 70 and concluding at the 7th century AD.

Despite the obvious conclusion that these documentaries are well produced and present splendid location footage, the problem I find with so many documentaries such as this is that the presenters often refer to selective scholars and archaeologists such as the likes of ‘Israel Finkelstein and so often offer no contrasting objection to ‘Finkelstein’ and his claims concerning King David and the historical accuracy of the Old Testament. I often find that the claims made in documentaries such as this leave the learned mind wondering, “Where on earth did he get that conclusion from?”

One of the main problems I found with this documentary, for all its research and location footage, it apparently lacked in a major way concerning details of the life of Jesus.

For example, at around 40 minutes into the documentary, the life of Jesus came into the script and the presenter claimed that Jesus never said He was the Messiah. I found this to be deeply problematic since Mark 14: 61-62 records that when Jesus was asked by Caiaphas the High Priest if He was the Messiah/Christ, Jesus replied, “I am” (Mark 14: 61-62)

Thus, the claim that Jesus never said He was the Messiah which can be found at; 41 minutes, 1-22 seconds, is a distinct error and one that makes me wonder if these types of documentaries are very honest with themselves?

Likewise, the author also appeared to deny the Virgin birth when he claimed that Joseph was Jesus’ father. This can be found at; 40 minutes, 1-20 seconds, which is contrary to the synoptic gospels, which makes me wonder, what Jesus is being presented here? And what source is being followed?

It don’t want to appear over critical here, but claims such as these only fuel wrong concepts into the minds of the viewing public who’s knowledge and reading of the Bible is already in decline.

I often suspect that so many documentaries which are aired on screen today are more concerned with a political agenda rather than truth and textual knowledge of source material. But whatever the agenda and whatever the source, it certainly is not entirely authentic nor does it offer any absolute integrity towards the cannonical gospels.

This entry was posted on December 9, 2011, 9:44 PM and is filed under Christianity, Issues with Christianity in England today, The Bible. You can follow any responses to this entry through RSS 2.0. You can leave a response, or trackback from your own site.